How can the teens in France use the payment cards? 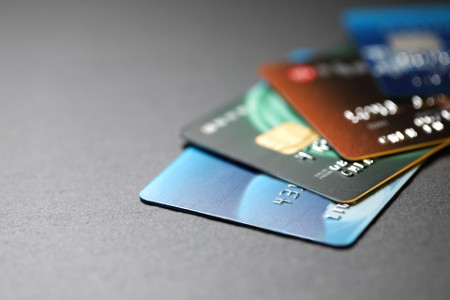 Credit cards, or more generally payment cards, tend to be associated with adults as, besides the rights to which they give access to (i.e. withdrawals, payments, direct debits, overdrafts, etc.), they come with a number of obligations such as reimbursements of credits taken on the card and paying back the overdrafts.

Yet, in the last years, the banks have diversified their services and they have created cards specifically designed for teens. With such cards, the parents can allow the teen a number of financial operations which will increase their freedom to operate, while the teens will acquire from early age the financial literacy which will help them later to undertake more complex financial operations. But first, what are the conditions for a teen in France to get access to a payment card?

How can a teen can get access to a payment card in France?

When the minor reaches 12 years old, he/she has the right the ask his parents to open a “livret jeune”. The minor can make deposits and withdraw money in this account, but such operations will require the signature of the parent.

When he/she will reach 16 years old, the teen will be able to open a bank account and he/she can get access to payment instruments, such as payments cards. Starting with 16 years, the minor will have access to the amounts in the accounts, without the prior formal authorization of the parents. Yet, the parents have at their disposals different options to limit the exposure of their children, thus limiting financial risks which may be encountered following irresponsible consumerist behaviour of the teens.

What are the payment cards the teens can get access to?

In France the offer of payment cards for teens is rather generous and it very much depends on the type of account it has behind. The following options are available:

This type of card does not necessarily require a current account associated with it. This is to say, the parent can offer the child a card with a pre-defined amount charged on it, which will need to be recharged once the amount will have been depleted. This card can be used for purchasing in-shop, but also on-line, under some conditions. If the parent decides to link this card to a current account, the control over the children’s payments can be undertaken directly via the account. The main advantage of such a card is that the parent can easily control the expenditure of the child. The disadvantage is that, should the child need to undertake a more important payments, since there is no overdraft, the payment can be refused because the lack of enough cash on the card.

This card is the ideal first card for the child in order to start using payments instruments for regular transactions!

The payment card is to some extend the combination of the withdrawal-only card and the pre-paid card, the main difference and advantage being that it is usually linked to a current account. This card allows the teen to either withdraw money or to pay in-shop and/or on-line (without offering overdraft) while the parent is able to block it and limit the child’s expenditure. This is to say, compared to the first two categories of cards, this card offers the same level of control to the parents in terms of children’s expenditure, while offering the children more freedom.

This card is ideal for a teen with certain experience in responsibly undertaking financial operations!

This type of card implies the right to the bank to check, prior to each transaction (in-shop or on-line), the availability of resources in the current account. Should the account not have enough money, the transaction will be blocked and the beneficiary will be informed about that. Following the transaction, the amount is immediately charged on the card, which makes this card resembling to a debit card.

This is the most “sophisticated” card that a parent can offer to a teen, as it allows the teen to get accustomed with financial transactions, without exposing her/him to overdrafts.

How to get a payment card for teens?

The parents have different options when it comes to how to offer their children access to payment instruments.

If the parents opt to get a payment card for their teens from a traditional bank (i.e. BNP Parisbas, Société Générale, etc), in general the offer is more expensive, but the parents can more easily control the operations, via the account they have already in the bank and the tools already put in place by the bank at their disposal. Often, fees are to be paid for the cards for teens, as well as for the transactions they undertake.

Alternatively, the parents can opt for on-line banks (i.e. Bursorama, etc) of even for neo-banks (i.e. N26, Revolut, etc). In principle, their offers are cheaper (sometimes even free of charge entirely) and the teens can manage the funds via the applications built by the banks. Yet, these banks do not have a very generous offer of products that are available for teens, since they generally target the adults, who undertake more transactions and more sophisticated operations via the cards they own.

The formalities to get a card for a teen are similar to those for an adult. This is, the parent will have to provide the bank the ID of the child, the proof of the residence for the parent (or of the child’s legal representative) and the proof of her/her account (i.e. RIB – relevé d’identité bancaire).

Getting the teens payment cards may be one of the first step in offering them the financial literacy that they will need later in life. By using such payment cards, the teens will learn how to withdraw money, how to pay in-shop and/or online, and last but not least, how to behave responsibly in terms of expenditure. The parents can follow and even block the teens’ expenditure and from this perspective, the downside of irresponsible consumerism is virtually limited to zero. In France, the banks have developed different products that address the teens and based on the level of financial literacy of the beneficiaries, a large set of products are on the market. Therefore, it is up to the parent to decide what kind of card the teen best qualifies for, based on her/his level of understanding of the economic implications of the usage of such cards.

Assistance insurance with a dedicated personal space in order to be able to access your personal information, your certificates and guarantees, your claims and the follow-up of your claims in just a few clicks.

We use cookies to help us improve and create a better user experience for you. You can see here the cookies that we are using and how to opt out. Or you can: